During Robin L. Chandler’s 30-year career as an archivist and digital librarian she has held leadership positions as Associate University Librarian at UC Santa Cruz; Director of the Digital Library Program at UC San Diego; Director of Built Content at the California Digital Library; Head of Archives and Special Collections at UC San Francisco; Archivist and Librarian at the SLAC National Accelerator Library; Archives and Manuscript Specialist at the Stanford University Libraries; and Photograph Cataloger and Reference Specialist, National Maritime Historic Park.

Chandler was honored as a Fellow of the Society of American Archivists (FSAA); received the Archivist Award of Excellence from the California Heritage Preservation Commission; awarded the Distinguished Service Award by the Society of California Archivists and was recognized as a Digital Pioneer by the University of Denver Library and IMLS Webwise. Chandler has an MLIS from UC Berkeley with an emphasis on archival management and an MA from San Francisco State University in American History. 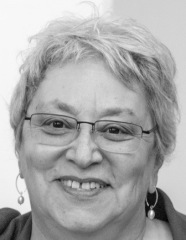 During Waverly B. Lowell’s 40-year career as historian, archivist, educator and author she has held leadership positions as Curator of the Environmental Design Archives at U.C. Berkeley; Director of the National Archives-Pacific Sierra Region; Director of the California Cooperative Preservation of Architectural Records (CalCOPAR); Curator of the National Maritime Museum Archives; Curator of Manuscripts for the California Historical Society; and as an Archives & Research Consultant.

She has lectured on numerous academic and professional topics and taught history and research classes at UC Berkeley and Rutgers University as well as numerous courses and workshops on archival subject national and internationally. Her publications include: Living Modern: A Biography of Greenwood Common, and Architectural Records: Managing Design & Construction Records (co-authored with Tawny Ryan Nelb), Landscape at Berkeley: The First 100 Years, Design on the Edge: 100 years of Architecture at the University of California, Berkeley, Chinese Immigration and Chinese in the United States: Records in the Regional Archives of the National Archives and Records Administration, Architectural Records in the San Francisco Bay Area: A Guide To Research, and The Presidio of San Francisco: A Historic American Buildings Survey Report, in addition to numerous articles.

Lowell has been honored as a Fellow of the Society of American Archivists (FSAA), made a Distinguished Librarian by the Librarians Association of UC Berkeley, has a research fellowship at the College of Environmental Design named in honor of her professional contributions, received an AIASF Design Award for contributions made by the Environmental Design Archives, a Certificate of Recognition from the California State Assembly, and the Archivists Award of Excellence from the California Heritage Preservation Commission.